What Happens In Divorce Proceedings?

Divorce can be the worst or best thing that can happen in your marriage. It does not only involve you and your spouse but also your children. For this reason, you have to think twice before deciding on getting a divorce.

If you decide to get one, you have to understand the procedure that you’ll be going through and be prepared every step of the way. Typically, divorce involves legal matters. You have to deal with your bank accounts, properties, debts, inherited wealth and most of all, child custody.

Once you and your spouse undergo divorce proceedings, all your bank accounts may be summed up and divided equally. Some encounter their first problem in this event. If one party feels that the division is unjust, they will have to contest the decision and offer a better solution. This usually happens for personal accounts. For joint accounts, the money is divided equally to both parties.

Next, is your real properties. All your properties are marked and sorted. These properties needs to be determined if they were acquired before marriage or not. Some couples would agree on the things they wanted and what they want to give to the other party. But for some who can not compromise, they have to undergo some technical proceedings in determining who gets what.

Debts are also divided equally no matter who initiated the debt. There are some cases where a party negotiates to have only a certain percent of the debt to be shouldered for the reason that they are not the one who used the money. The court will more than likely divide for this issue.

Inherited wealth is also an issue but if one party can prove that the inherited wealth is solely given to him or her before they are married, then it will be awarded. The court will further investigate on this issue to come up with the most reasonable decision.

The hardest part of this divorce proceeding is the children custody. With this, the children are greatly affected and can suffer emotional stress. Most of the time, under aged children are awarded custody to the mother and the father is provided with visitation rights unless each party can provide valid proof that the other party is unfit to be a guardian. The court will weigh all these cases and finalize the divorce proceedings. 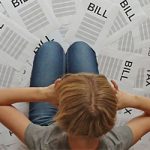 When Is The Right Time To Hire A Bankruptcy LawyerBlog 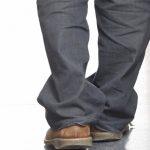 What Should You Look For In A Personal Injury LawyerBlog