HOW TO PREVENT YOUR DOG FROM BITING SOMEONE 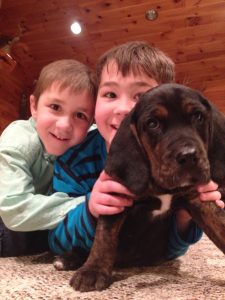 Americans love their dogs. In fact, roughly 39% of Americans own at least one dog. Most Americans think of their dog as a member of the family and as a result, spend of lot of time making sure their dogs are happy and healthy. One-way people keep their dogs healthy is by giving them exercise. People often walk their dog on sidewalks, in dog parks, and in the woods. Although walking a dog and giving your dog exercise is a good thing, people must realize that a dog is still an animal and can make a mistake and bite someone.

KEEP YOUR DOG ON A LEASH
If a dog bites someone, the dog owner is often liable. As a result, the incident can cost a lot of money. In some cases, the dog will be ordered to be put down. To avoid this problem, Lawyer John Hayes has some suggestions for dog owners. “Over the years, I have been involved in many dog bite cases. In almost every case, the incident could have been avoided if dog owners would simply take a few precautions when their dogs are around people outside their immediate family. First and foremost, when walking a dog, it should always remain on a leash. Regardless of how friendly the dog is or obedient it is, if a dog is frightened by another person who moves fast or reaches out to touch it, the dog may bite. Many law suits could be avoided if dog owners kept their dog on a leash any time they are walking the dog,” Hayes explained.

DOGS CAN BE EASILY FRIGHTENED
Realize that dogs don’t always know how to act around children. “Children are often loud, easily excited and often like to get down on a dog’s level and in the face of a dog. Although kids are often just trying to have fun with the dog, dogs often perceive kids as a threat and bite them. Kids are often bitten on the face and end up with lifelong physical and emotional scars. Children should never be left unsupervised with a dog. If the owner of the dog sees the dog acting strangely around kids, get the dog away from the child or children immediately.” Hayes added.

KEEP YOUR DOG OUT OF REACH
People often think of their home as a dog’s safe haven, but often the best thing to do with Fido when company is over is to put him in a bedroom or a place where the visitors won’t be. “Dogs think of their home as their domain and sometimes defend their home from people they perceive as strangers. It is better to be safe than sorry.”

REMEMBER A DOG IS AN ANIMAL
One thing dog owners often say after their dog bites someone is that they were surprised that their dog bit someone. “We often hear people say that this type of behavior is completely out of character for their dog. I am positive in most cases that is true, but a dog is an animal and has a mind of its own. Dog owners should take every precaution necessary to avoid a problem. Once a dog bites someone, Michigan statutory law essentially provides for strict liability so there is no turning back the clock. After the problem has occurred, it can be financially and emotionally draining.” So, if your dog has bitten someone or if you, a family member or friend have been bitten by a dog, be sure to contact an attorney that has experience handling these types of cases.