All About Criminal Defense Lawyers

In our present world that is characterized by rampant violence and crimes, the services offered by criminal defense lawyers are critically needed.  A criminal defense lawyer performs a variety of major services for the accused in any given case.  He not only acts as a defender for the accused, but also serves as his adviser as well.  Everyone accused of a crime has both the privilege and right to a legal defense.  In accordance with our judicial system, a person is still believed innocent until proven guilty.   For a flawless defense, a reputable and experienced criminal defense lawyer is needed to quickly sum up the immediate facts of the case and start a thorough investigation.  He needs to work from the start for the return of a “Not Guilty” verdict.

The main function of a criminal defense lawyer is to defend the client who has been accused of committing a crime.  The criminal defense lawyer is expected to perform his duties as a lawyer to the best of his abilities in defending his client against prosecution and in court if necessary. The first order of business is to establish what is called a “client interaction.”  This step refers to meeting the client personally to discuss the case with him or her even it means the lawyer has to visit the accused in prison to discuss the subject matter.  The next step is the “case management,” which is the fundamental role played by the criminal defense lawyer. This includes varieties of activities such as the organizing of case documents, reviewing the correspondence, and the filing of exhibits.

“Pleading preparations” then follow.  This is the phase in which the criminal defense attorney utilizes his expertise with criminal defense law, and applies it to each particular case.  This phase includes determining and answering the complaints filed against the accused, and submitting the defendant’s defenses and denials to which he or she has been accused. It is a must for the criminal defense lawyer to provide the necessary copies of all the important documents to the prosecutor in each case, and to the court as well.

It is expected that a criminal defense lawyer will do his best to prove his client innocent of criminal charges. This process could, however, end in a settlement negotiation to make a sentence lighter for the defendant.  Plea bargains can be used in order to work for a lighter sentence, often well before any trial. Finding an experienced, reputable criminal defense lawyer is essential to a successful defense, and the sooner the better, if you are charged with a crime. 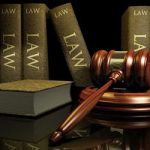